Celestial Aquatics is a collaboration between Ruth Le Gear and Graham Reid.

I make essences from water. I have collected icebergs in the Arctic from a tall ship, wandered the desert of New Mexico and stood on the tip of the Cape of Good Hope. In these places and where ever I am, my intention is always to try to communicate with the water that is there, this most beautiful life-giving force of nature. Each body of water is totally unique. It has it’s own physical and spiritual history, it’s own mineral content, and it’s own unique vibration that it imparts on living beings that it encounters. If you’ve ever had a drink from a crystal clear mountain stream, and one from an ancient well or a swim in the sea, you will know that all water is not the same.

I am an artist and a healer and my life’s work is to understand and communicate with water. I love it in all its layers, the tiny micro-organisms that live in one drop, the huge oceans and ocean creatures, lakes. rivers, clouds, mist, rain, sleet, hale, icebergs, and glaciers. I live on the North West coast of Ireland and it rains here a lot, mostly pure North Atlantic water, swept up in the storms above Greenland and Iceland.

In my studio, I study the water samples that I’ve collected on my travels. And slowly, the essence of the water is unraveled.

When making an essence I take a small amount of the water, which holds all of its history and potential, and make the essence by taking a drop of the water and adding it to 100 drops of pure rainwater. It is how the energetics of the place can be felt, and come forth. Turning the water into an essence makes it capable of treating the emotional, mental physical, and spiritual levels. I have chosen to do it this way not only for its energetic properties but also because the Earth’s water and natural environment are so precious.

Then my partner, glassblower Graham Reid blows a glass vessel to hold the water essence which is sealed inside the glass, so they can be worn as wearable waters. Graham Reid grew up in South Africa. He studied architecture at Massachusetts College of Art, he took glassblowing as an elective and subsequently switched to sculptural glass. After returning to his ancestral roots in Ireland, he designed and built Knockbeg Glass Studios where he taught and blew glass under the name Glóine Eíreann. He has a flameworking and metal studio at home in Sligo. His sculptural work is primarily concerned with expressing and manifesting the universal forces that surround us but are often invisible. 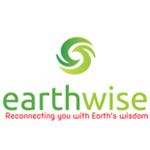 Jackie Queally Welcomes you to EarthWise

You may wonder “What is earth spirituality?” Well, have you a yearning to reconnect with Nature? Are you keen to deepen your awareness of the Sacred? Currently all tour options are in abeyance. However my guide to Rosslyn Chapel will allow you to take a meaningful tour of this sacred site, and likewise one of my books on the Burren in Ireland will allow you to enjoy many itineraries. I invite you to relax and let your mind journey with me in these informative deep books. Please click on them for greater details. I hope to meet you one day! Be well!

Sign up for my newsletter and receive your free Earthwise gift!

Far more than tours: experiences that feed your soul

A well-established and respected author, spiritual dowser and guide Jackie was the original and regular external guide to Rosslyn Chapel in Scotland. Based in Ireland since 2009 her insightful  tours and workshops  not only educate: they nurture your deeper sense of self.

She offers “slow tours” such as her spiritual day tours in the magical Burren in the west of Ireland where she lives.  The tours have led to many experiencing some form of spiritual awakening.