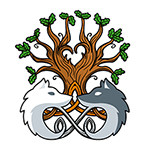 The Gaelic Woodland Project and Wolf Academy joined forces in a 30+ hours hiking challenge to raise funds for a new Irish woodland.

The Wolf Academy, founded by brothers Daryl and Cormac Noonan, organised a challenge of extreme endurance to raise awareness about the state of Ireland’s woodlands, as well as to raise funds for the Gaelic Woodland Project, a registered charity that is working to create a community-powered new native woodland in Ireland. The Noonan brothers were joined by Eoghain Connaughton (founder of GWP) and a small team of warriors and supporting fairies to walk the full length of the Wicklow Way (almost 130 kms.) with only a few stops for rest along the way.

This epic hike took place on December 4th, starting at 6 AM in Clonegal, Co. Carlow, and ended in the afteroon ofDecember 5th in Marlay Park, Co. Dublin.

There was 4 checkpoints along the route for a brief rest, where the Fairy Council of Ireland provided meals, a fire beacon and other kinds of moral, physical and emotional support.

Trembling with the cold but burning with purpose, the lads managed to reach Marlay Park and complete this feat of endurance.

During the walk, €2,500 were raised out of the €5,000 fundraising aim. Donations are still coming in, so please feel free to contribute: 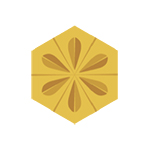 The Irish Bee Conservation Project (IBCP) was established to provide information to communities regarding bee habitat requirements and to increase the survival of all species of native Irish bees through research, ecology support and biodiversity protection.

The four elements of our approach are highly integrated and through our growing network of members we plan to expand our initiatives from Cork and Waterford throughout the country over the coming years.